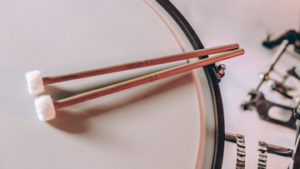 Freer Percussion products are well known around the world for being the most unique and creative designs, materials and covering techniques. It’s our goals to have FP remain first in its class and a clear leader in the orchestral percussion market.

A native of Chicago, Illinois, Joshua Jones began his studies in percussion with the Percussion Scholarship Program under the direction of Chicago Symphony member Patricia Dash, and Lyric Opera member Douglas Waddell. He earned his Bachelor’s in Music from DePaul School of Music and also studied, for a short period of time, at both the Cleveland Institute of Music, and Carnegie Mellon University. Jones was the orchestra fellow of both the Detroit and Pittsburgh symphonies, as well as a guest percussionist with the Chautauqua and Chicago symphonies. Jones has been featured at Carnegie Hall, on radio and television, and has had two short documentaries made about his musical development and experience. He also writes musical and philosophical blogs on his website, drummojo.com, and has authored a drum method series, “Spatial Studies for Hitting Things”. Jones is the current principal percussionist of the Calgary Philharmonic Orchestra and enjoys giving back to the community as well as mentoring young musicians and traveling.